Not So Real Bands

Last night as I was driving home I drove past a bulletin board advertising Creedence Clearwater Revisited, and it got me thinking about how many bands are out there touring sans original members, and I don't like it. CCR - originally known as Creedence Clearwater Revival with John Fogherty as lead singer - had several hits, and were very big in the 70's. John then left the group, the band went away for a bit and then reformed changing their name slightly and going back out on tour. Is it the same? No. Is it as good? I don't think so.  Seeing this board advertising CCR made me think of two other bands that have replaced an integral member of the band, and continue to tour. I equate this to telling me Mr. Pibb is the same thing as Dr. Pepper, or replacing an actor who's been playing a certain character on tv forever and then bam! there's someone else playing that same character, and you're not supposed to notice. I'm not an idiot. So don't try to fool me with your trickery.

Styx - As I have mentioned in a previous post, Styx is one of my favorite bands and I have seen them live three times. The first two times were awesome, and I have so many great memories. The last time I saw them, was a horrible experience, and I haven't seen them since. The reason for this is because they got rid of one of their singers and keyboardist Dennis DeYoung, who happened to be my favorite. The guy they replaced him with was supposed to sound "exactly" like him, and of course he didn't, and the concert was nowhere as good. I actually saw a recent picture of the band and saw that their original bassist Chuck Ponozzo left the band, and has since been replaced. Their original drummer John Ponozzo died in the 90's and was replaced back then, which is understandable. But when you get down to it, the only original members left are Tommy Shaw (whom of which joined the band a few years after they started, so not exactly original) and James Young. I'm really not sure how they can still call themselves Styx, but they are. 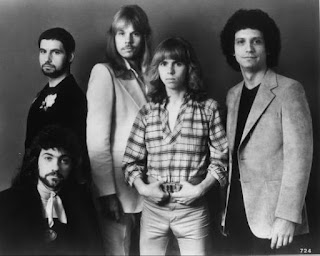 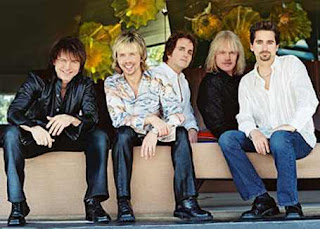 Journey - Steve Perry as lead singer was solid gold. The songs were fantastic and his power-house voice was intoxicating. Then he went away made my favorite song ever Oh Sherrie (I really can't explain it). The band was reformed with an Asian dude who allegedly sounds "exactly" like Steve, and some say even better. I completely disagree. He sounds like he's trying too hard. Very reminiscent of Styx's replacement of Dennis. 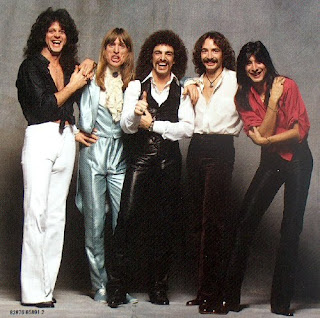 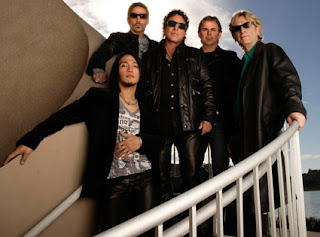 Without going into a lot of depth, here are a few others that are out there touring without all of their original members:

The Beach Boys - No Wilsons at all. What?
Yardbirds - No Page, Beck, Clapton or Relf.  Not sure why they even bother.
Marshall Tucker - Only 1 original bandmember left
Metallica - Can't stand them, but still missing a couple people
Oasis - Those darn brothers just can't get along
Smashing Pumpkins - Billy Corgan is still there, but nobody else is.

Written by Chryshele at 3:37 PM