As usual I'm a couple months late on posting. Although this year's comic con was filled with so much fun! We had Mark Hamill you guys! And he kicked off the entire convention, which was honestly pretty fracking awesome. And to top it off, my sister and I were lucky enough thanks to a very generous dude, to get floor passes to Hamill's panel and sit 6 rows from the stage. It was completely magical, and the best way to start off a 3-day extravaganza. Ignore the fact that I look like I just woke up/crap. 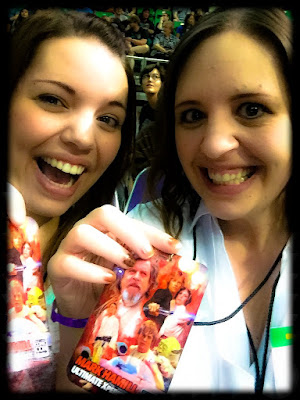 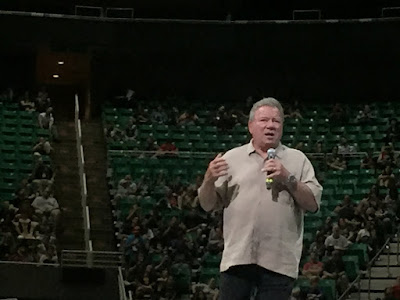 Right after Hamill's panel was William Shatner's. And so we stayed and then got bored halfway through. Well bored and hungry. So we ventured out to the food trucks to fill our bellies before we decided to walk the floor and then call it a day.

The rest of the time I was on my own, so I spent that time mainly in panels, as they are my favorite. I only had one photo op this time, mainly due to lack of funds. But I made it worth it. There were a few others I would have loved to done photo ops with, and I could have chosen one that I'd never got a picture with before, but I couldn't pass up the chance to have my arm around Stephen Amell again, so therefore I did a repeat. I'm totally content with that. I even painted my nails to be sparkly green in support of his character The Green Arrow. I'm just that nerdy.