Reflecting back on 2011 makes me realize it's been a rough year, and one I am ready to put behind me and move forward. Many relationships were lost and/or destroyed, some rekindled and others grew to something deeper. There were ups and downs throughout the year, and the good things that happened I truly cherish.

Without giving myself a full-on pity party, I'm just going to say to hell with 2011! Bring on the final year before the zombie apocalypse and let's make it the best year ever.

I have many hopes for 2012, and plan to venture out of my comfort zone and do things I've been wanting to do, make relationships I've needed to make, and accomplish tasks I've put off. This new year is going to be great, because I'm not going to let it be anything otherwise.
Written by Chryshele at 1:31 PM 5 comments:

I've decided to provide a list of shows I think you should own on DVD like I do. This is because they are pretty darn good shows, and you should at least watch them if nothing else. You will see what good taste I have by the list below:

And because I'm the awesome person I am, I have linked each show title to their respective IMDB page so you can learn more about them. It's because I care.

Now I'm not saying any of these shows are without their faults, but looking at the overall picture, these shows really are great in their own rights.

I watch a lot more shows (see my previous post), and would love to own some of those on DVD as well, but for now I'm happy with what I have.

I may have a new addiction. I'm not sure yet, as it is fairly new (this week), but I've been playing every night (except last night) and I'm aiming for perfection. Yeah this is an addiction.

On Christmas day I went to my mom's house for a delicious ham dinner, and during our dinner conversation we started discussing the movies and tv we like to watch (this is a fairly regular thing), and then we moved on to video games. It was then that the discussion of Call of Duty was brought up. I have never been one to play these games, but have enjoyed watching others play them. Until now. My brother and his girlfriend brought up along with my sister and her husband that on Call of Duty Black Ops you had the option of killing zombies. This excited me! I've known for awhile that I need to start preparing for the zombie apocalypse, and what better way than learning how to kill them. I know this is just a game, but it's hella fun! The other part of the game where you go on missions from the past is pretty fun too. I'm getting pretty good at shooting people. I never thought I would say that.


Well anywho, I now have a new addiction thanks to my family. And I'm still amazed that I hadn't heard about this game's zombie killing option until now.


P.S. I totally suck at the zombie killing part of the game. I can't get past killing more than 3 before they eat me alive. If anyone has some tips on where to turn on the effing power as it keeps yelling at me to do so, I will love you forever.
Written by Chryshele at 9:18 AM 2 comments:

Merry Christmas To All and To All A Goodnight

I just wanted to wish everyone a very Merry Christmas geek style: I hope you all have a great holiday with the ones you love.
Written by Chryshele at 8:39 PM No comments:

Wow so it's been a while since I've posted something new. I've been MIA for a couple weeks, and I really don't have the best of excuses. Let's just say when you're single, this time of year is horribly hard. And because of this, I've been feeling sorry for myself. I also went on vacation to Vegas. See pictures below:


I promise in the new year that I will be posting more often, that I'll get out of this yucky funk, stop feeling sorry for myself and do something about it. Words an introvert should live by (and yes by this I mean "easier said than done").

Oh and we had Christmas this past weekend before Amber and Peyton go home for the holiday.


Written by Chryshele at 1:04 PM No comments:

The Night Before Christmas Doctor Style

In anticipation of the Doctor Who Christmas Special airing Christmas night, below is a little something fun:

What's better than Chrismas mixed with a little Doctor Who? The answer is nothing. Especially when it's done Narnia style. 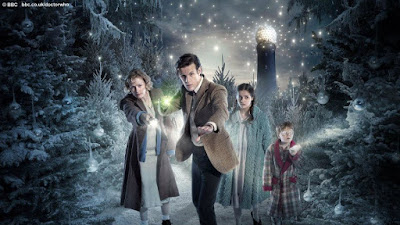 Written by Chryshele at 2:10 PM No comments:

Email ThisBlogThis!Share to TwitterShare to FacebookShare to Pinterest
Labels: Christmas, Doctor Who

This Is How I Do It

This is how I do Sunday nights while braving the storm, hoping the power stays on: 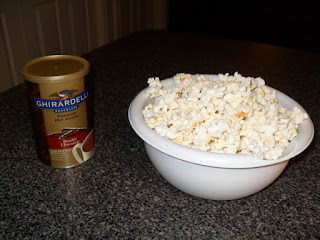 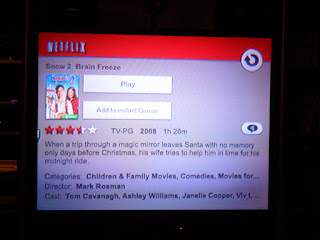 No worries, marshmallows were involved.

Written by Chryshele at 9:03 PM No comments:

So I pretty much have the cutest kitty ever. Evidence below:

I love how cheap it is to keep her entertained. I haven't bought a real toy in years.

Written by Chryshele at 5:35 PM No comments:

Looky What I Did!

So I decided to decorate this year. I haven't done so for a couple years, mainly due to my OCD. I decided to put all issues aside, and get into the season, and below is what resulted in my doing so. 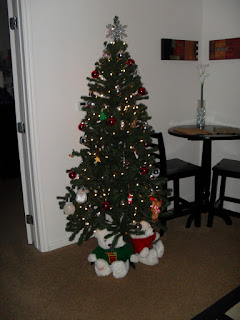 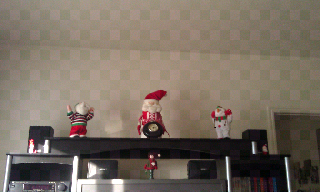 Nothing super fancy, but it's put me in the mood. That and watching cheesy Christmas movies while decorating.

Written by Chryshele at 5:26 PM No comments:

Email ThisBlogThis!Share to TwitterShare to FacebookShare to Pinterest
Labels: Christmas

History in the Making (or something kind of profound)

So due to what is being called "Hurricane Davis County", I was granted a day off from work. How was this day spent? Without power. So what did I do to keep myself busy?

1. I cleaned out one of my closets, which resulted in a box of items to give to the DI, and a box of garbage. This was major progress for me, I've been meaning to do that for months.

2. Read me some "Goblet of Fire". I haven't been reading as much as I would like to because I've been choosing TV over reading. Well today I didn't have that option.

3. Took a nap. Because of the tenacious winds all through the night, I didn't sleep well. The nap helped a lot. I love naps.

4. Started watching Sliders on my laptop. I had been refraining from using my laptop for fun because I needed the battery power to charge my phone which was dying quickly because of the mass amount of texts I was receiving through the day. Sliders is an awesome show by the way.

5. Packed up and went to my mom's house (thanks mom!) where I could take a nice hot shower in a bathroom that didn't require a flashlight to see. The power isn't supposed to come back on anytime soon at my place, so I'm camping out where it'll be warm and I can access the internet. I did have to leave my kitty Lily at home, which made me really sad, and I hope she survives. It's going to be a cold night and there's no heat. She's smarter than the average kitty though.

Sidenote: It's amazing how attached I am to my electronics. This is both bad and good.
Written by Chryshele at 8:35 PM 2 comments: