Ok so it may be time to admit to myself that I have a problem. And that problem is me getting too invested in certain tv shows. I do this a lot and it's not good for me!  I fall deep in love with a show and then it ends and I fall into a temporary depression until I find a new show to love. And the most recent show I've been watching is no exception.

I started watching Being Human last weekend. This is a British tv show and it's amazing! That is if you like the supernatural. Well anyway each season has about 6-8 episodes, and so far there have been three seasons. Well I finished what has been aired thus far a couple nights ago, and am now in withdrawals and a bit depressed. Reasons being; one - I have no more to watch and two - the ending of the third season made me cry. 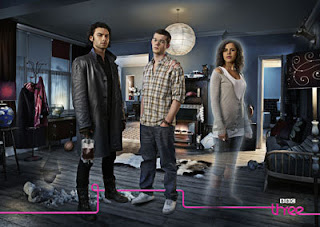 I have done this before several times with other shows, and I know better, but yet I continue to do it to myself. A few other shows I have recently done this with are:

Doctor Who - Thankfully there still continue to be new episodes, I just have to wait forever! The bright side though is this is a show I can watch over and over. 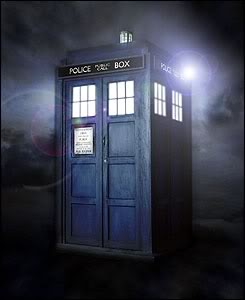 Smallville - I watched this show from beginning to end when it first aired up until the final episode. After that aired, I decided to watch all 10 seasons again (I own them, except for 10). My problem is that I have a tendency to watch shows in excess and quickly. I don't know how to pace myself. So that being said I was able to watch all 10 seasons in a month. I'm sick. 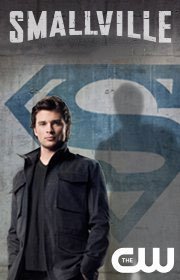 Roswell - I had several people tell me this is a must see. And they were right. But I was left with an emptiness afterwards. An all too familiar feeling. 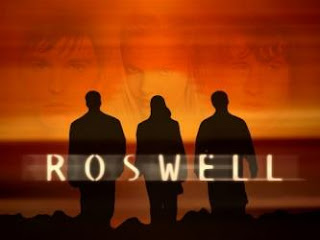 Torchwood - This was my most recent obsession before Being Human. Although I was disappointed with the fourth season, I still loved the first three and this could easily be one I could watch over and over. I have a few of these types of shows that I can do this with. That can be saved for a later post. 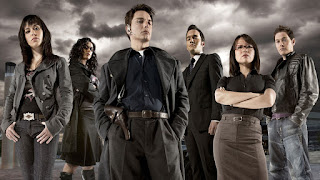 Although I do this to myself on a regular basis, I love my shows and will continue on this path. I have only admitted to my problem, I have no plans to fix it.
Written by Chryshele at 9:16 AM