So a couple years ago I saw this book called Divergent by Veronica Roth, and thought it looked interesting. I put in my head a mental note to purchase it soon when I have some spare money. Well that never happened, and I ended up forgetting about it. Then the movie was being made and started getting all this buzz and I remembered I wanted to read the series. So I hunkered down and got me the entire series on my Kindle. But I didn't finish the first book in time to go see the movie on opening day like I had hoped. But I did end up finishing the entire series in a week, and rewarded myself by seeing the movie this past Sunday. Why am I telling you this? Because I like to share mundane excitements in my life, and also just because.

In this review I'm also giving you a bonus of comparing it to the movie. You should be excited. So here goes:

There are spoilers, so if you've not read the books, stop here. You've been warned. 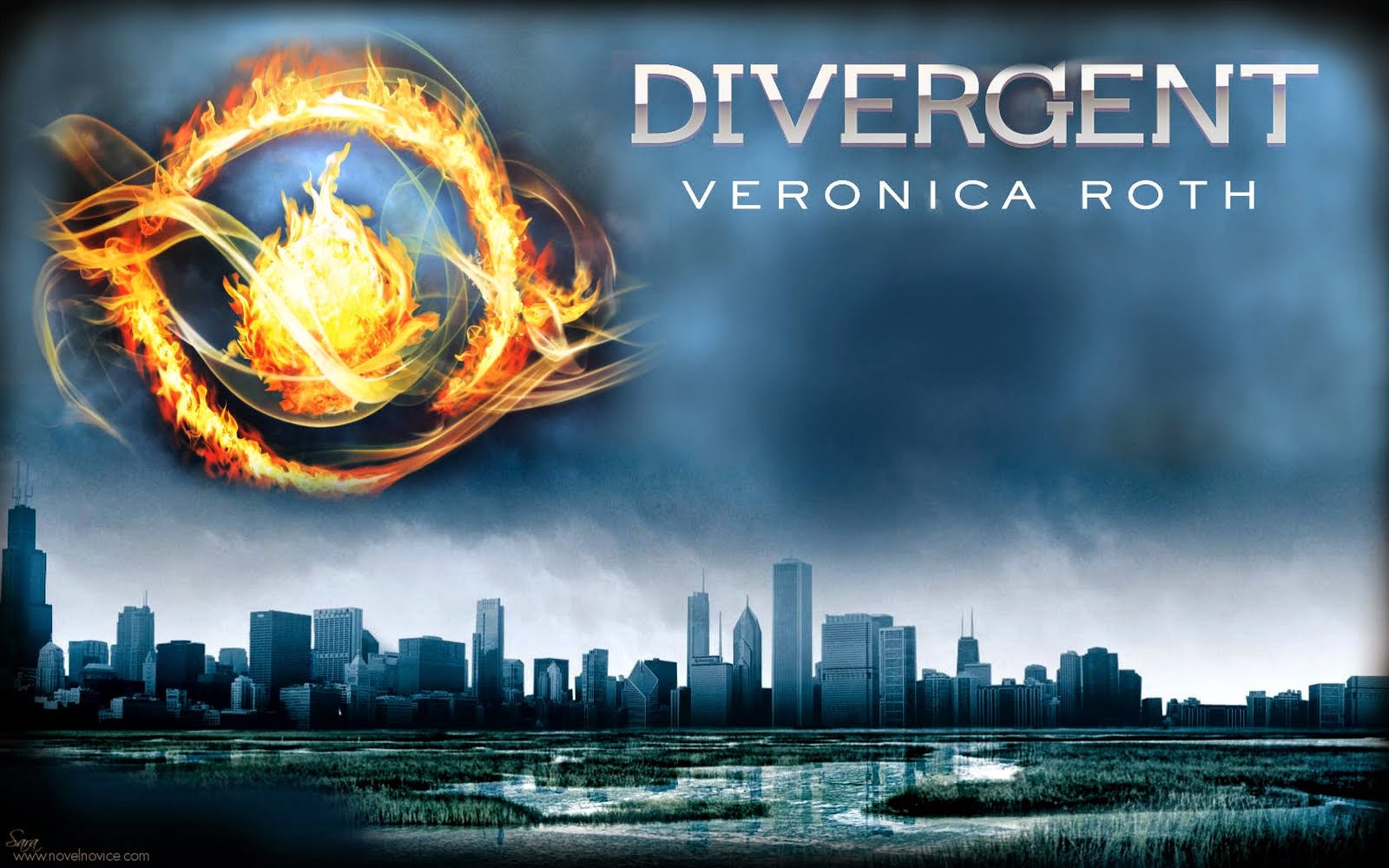 It took me a bit to get into the book, and this is why I didn't meet the deadline I had hoped for.  My main reason for it taking me so long to get into was I had expected something exciting to happen way sooner than it did. 3/4 of the book was spent building it up, familiarizing you with the characters and factions. I kept asking myself "is this really it? The big hype is this?" and then I hit the last 1/4 of the book and it finally kicked into gear for me. The action showed up and I was hooked. Unfortunately it went so fast for me that I was left needing to start the second book right away. That's not necessarily a bad thing though, and every author should want your reader to need the next story to satisfy their hunger for more. I just felt that there was a lot of build up and not enough action in the story for a series mainly based on action sequences.

So the story picks up right where the first book left off thankfully. I hate when stories shoot ahead, and then flashback themselves to tie in the gaps. If that makes sense. So this book was non-stop action, The characters never had a moment's rest, well ok maybe a little, but it sure seemed like it was one thing after another. But the nice thing was that it worked. It didn't feel like the author was grasping for events to keep the reader invested. Each thing that occurred, did so because it moved the story forward to the goal of finding out what is beyond the fence, and why Jeanine and others don't want anyone to know. One thing I will give the author Veronica Roth, is that she didn't hold back on killing characters. And it didn't matter if they were major or minor to the story. I liked that. A lot.

This book wasn't as exciting to me, and honestly disappointed me in some ways. I didn't much care for the character switching narratives about every other chapter. I found myself getting confused a few times as to who was speaking. It also reminded me of another book, a favorite of mine in the way the story was told this time around. That book would be The Time Traveler's Wife. Check it out, it's amazing, and oddly enough not confusing. Go figure. Anyway this book took us out of our normal scenery and changed things up. But it was slower, the action wasn't as much I thought, and I found myself plugging through because I needed to know how it ended. I'd had part of the book ruined for me, so I knew someone was going to die, just didn't know who. And that's what I wanted to know, as well as what became of Chicago. I do appreciate the author's bold writing, no fear approach to killing off characters, and wrapping things up nicely. Although I finished the book depressed, I was still satisfied how it ended. It felt right.

The nice thing about seeing the movie, is that the book was still pretty fresh on my mind. I was able to compare the two and see just how closely the movie kept to the book. They didn't do too bad. There were a few scenes that they changed, and I don't really think for the better, but I know it was to keep the same pace throughout the movie and to get the audience to invest more into the characters. But it still bothered me. For example, I was disappointed that they cut out entire section of the book where Peter stabs Edward in the eye with a spoon. I think it will suck in the next movie when we see Edward with the Factionless all of a sudden wearing an eye patch, and they briefly explain how it all happened. Why not just show it? I think it was crucial to showing just the type of person Peter is. I didn't like how they had Tris' mother show up at the loading zones and warn her. I really wanted to see visitation day and how all the parents deal with their now different Factioned children. I found that part of the book interesting. And it really really bothered me how they changed up the whole scene of how Tris and Four stop the simulation. If you've read the book, you'll know what I mean. But overall I really enjoyed the movie. I enjoyed the book more of course, as you usually do, but they did well.

So there you have it, my reviews of the series and movie. I fairly warned you twice that there were spoilers, so if I've ruined anything for you, it's your fault. ;)

Cheers!
Written by Chryshele at 9:05 AM