Are you ever so excited for a season finale or series finale that you get really disappointed when it doesn't go how you were hoping? Yeah me too. I'm having a lot of heartburn over a few of these said season finales and series finales. So I'm going to attack them one by one in hopes that by getting it out here, it will make me feel slightly better. 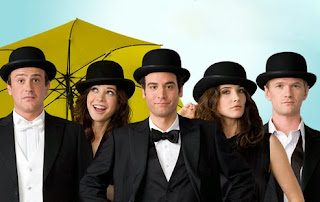 This show is one of my all-time favorites. I have watched it from the very beginning, and so to finally find out who the mother is - or more like what she looks like - is beyond exciting. The part I take heartache over is the fact that in the season finale, they didn't reveal if Barney and Robin actually get married. This normally wouldn't be a big deal, but the season finale last year showed that Barney was getting married. The season premiere this season revealed that Barney is marrying Robin. And the entire season has been watching how they get to this moment. So why would you not show the wedding actually happen?? This has bothered me for a week now. And it's going to bother me until the new season starts. 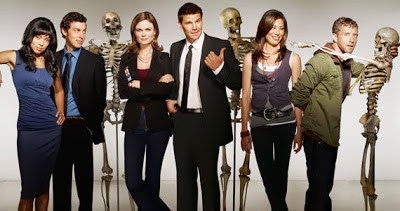 So I may have just started watching this show and may have gone through all eight seasons in a little less than a month. I don't have a problem. Really. I ended up really enjoying this show (obviously) and even though there were some annoyances, they were minor compared to the 8th season finale. I'm not sure why they have dragged out this baddie for two seasons now, but they need to just kill the dude and move on. He's already taken Brennan/Bones away for 3 months, which made Booth lose that time with his new daughter, and now this jerk is calling the shots on whether Booth and Brennan can get married? It's kind of frustrating to me that they would even go there. So help me if the writers break these two up I will have to kill someone. It took way too long for them to get together to have them break up after only a couple seasons. So my thoughts are, they find the jerk, kill him, Booth explains and they have a wedding all in the season premiere. Too much to ask? 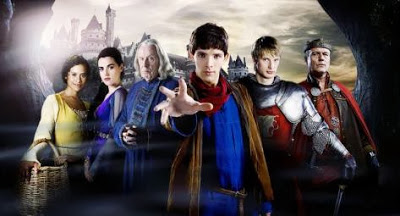 Ok so I'm honestly not sure if the final episode has aired in the US, and I'm not going to say how I have seen it if it hasn't, but I may have watched the entire fifth season in one day. I seriously don't have a problem.

With this one I had some expectations on how it should end. It is the series finale after all. And I don't know why I'm so upset considering they didn't exactly follow the tale how we know it (Sword in the Stone anyone?), but the ending was seriously depressing! First off here's what my hopes for the ending were:

Merlin finally reveals to Arthur that he has magic. Arthur is at first upset about it, but then comes around when he sees this is the only way to defeat Morgana. The kingdom is saved, and they are finally in peace. Arthur and Guinevere are able to start a family and Merlin is able to use his magic for good. Arthur and Merlin become not only best friends, but equals in a manner of sorts. Merlin is no longer Arthur's servant.

Yeah this is not at all how it went. Merlin did reveal he has magic to Arthur, but only after Arthur is dying from a stab wound from war declared on him by Morgana. Arthur is mad, but does come around in the end. Merlin does kill Morgana, but Arthur ends up dying too. Merlin then has to bury/burn Arthur's body at sea and then Guinevere is now ruling Camelot. Final scene is an elderly Merlin walking up a paved road as a semi-truck drives by. He's all alone, everyone is gone, and he's still alive. I found this to be so depressing and sad. After Merlin spends all this time continually saving his friends, he's left with the burden of aging slower and having to watch everyone he loves die before him. How is this a good ending?? I understand that he is to stand by the once and future King Arthur, but I'm still at a loss on what this means. Once means "one-time" and future means that there will be another King Arthur, but how can they go hand-in-hand? Someone please explain this to me.

Do you have a season or series finale that isn't sitting well with you? Feel free to share your thoughts.
Written by Chryshele at 5:36 PM