So I went to Salt Lake City's first ever Comic Con this past weekend. Three days of chaotic fun and all I got to show for it was a cold. Just kidding. Well not about the cold, but I did obtain some amazing memories as well. Comic Con started on a Thursday and my bestie Jordan's husband was amazing enough to get us free 3-day passes.  We weren't sure we were going to get to go at all, so this was an awesome surprise. So Thursday comes and I'm ready! My other bestie Penny and I head to the fun (Jordan had to work the first two days. Sad face).


It was painfully obvious that it was the first comic con because nothing was really set up right. The first panel we got in line for ended up being moved to Saturday, but they forgot to change it on the schedule, and the vendor floor didn't open until 4pm and it was only 11am. So we were left to wander for a bit until it was time to line up for our second panel. We were able to see Nicholas Brendon (eep!), you know Xander from Buffy. And wow does he look good! He sang us a bit from the Buffy episode "Once More With Feeling" and he even did the Snoopy dance to finish off his panel which was amazing. He wasn't shy about giving out hugs, his hotel room number or the fact that he'd gladly be the rebound guy to get back at your ex. I'm still trying to figure out why I never went to the hotel... 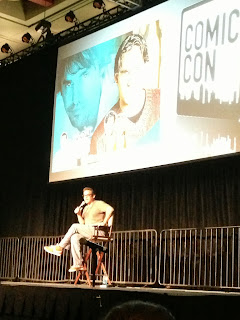 We then stuck around to attend a panel with Simon Fisher-Becker who briefly appeared in Harry Potter as the Fat Friar Hufflepuff ghost, and also Dorium Maldovar on the 5th and 6th seasons of Doctor Who. He gave us some insight on both Doctor Who and Harry Potter, in which we learned that they filmed the Deathday Party from Chamber of Secrets as well as enough footage for five films and so through the editing stage his part was drastically cut to an "if you blink you'll miss him" appearance. We also learned how great Matt Smith is to work with and his knowledge of Doctor Who is pretty impressive. His Doctor is Patrick Troughton. I liked that.


Once we finished with the panel we got the lucky pleasure of standing in another line for the vendor floor and there we saw a few other celebrities signing autographs such as Kevin Sorbo, Henry Winkler, Noah Hathaway (Atreyu from Neverending Story), and Clare Kramer (Glory from Buffy). Because the floor wasn't too terribly busy yet, we were actually able to meet Clare Kramer, who is gorgeous and super nice, and Noah Hathaway who is also really nice. Penny was able to get a picture with him for free, so that made me like him more. Soon after the floor started getting packed and our feet were dying so we called it a day.

Thursday was the best day for me because I fulfilled a 20 year dream of mine. I got to see Dean Cain in person! His panel was the best thing ever, and he is still beautiful to look at and a really nice guy. He was able to give us some insight into who his favorite villain was (Lex Luthor, with Tempus a close second), his opinion that Teri Hatcher is the best Lois Lane oh and a very good kisser, that there was supposed to be a fifth season of the show, but got cancelled last minute. And as for where the baby came from, he wasn't sure, but went along with the idea that it was possibly Krypton royalty mentioned by a fan. He also said that his favorite moment in the show was when Clark proposed to Lois and she revealed she knew his secret. This happens to be my favorite moment too which made me love him more. The panel went by way too fast and the girl who I had made friends with and geeked out with during the panel, decided to stick around and go to the Photoshop Made Easy panel with me right after. 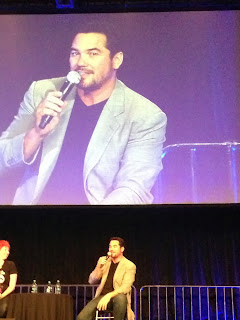 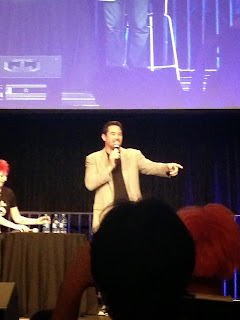 We sat in there barely hearing their explanations when I hear a girl behind me say she can't hear anything. I turn around to agree with her and notice it's Erika Alexander (Cousin Pam from The Cosby Show) sitting there. I played it cool and acted like I didn't notice. I figured she was trying to take a break for a minute. And then all at the same time we decided the panel sucked and left. My new friend and I decided we would go walk the vendor floor again and go visit the celebs and see who else was there that day. Dean Cain had made his way back there after his panel, and we stood and creeped on him a bit, like you do, and then went and said hi to Henry Winkler and shook his hand. He's so cute and short! Then we decided that we both had had enough of the day and said goodbye.

Knowing that Saturday would be insane, Jordan and I got there as early as we could and as soon as we arrived we ran into Penny and the kids. The line to the vendor floor was huge and they were still letting people into the Henry Winkler panel so Jordan and I thought we'd go to that and wait out the line. I just need to say that Henry Winkler is one of the genuinely nicest people in show business. Not only does he write children's books, he continually encouraged the audience to follow their dreams and be the best person they could be. On top of that he's really funny and even gave a 23-year-old-never-been-kissed girl her first kiss. I was really impressed and decided I want him to be my grandpa. 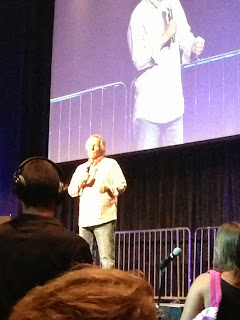 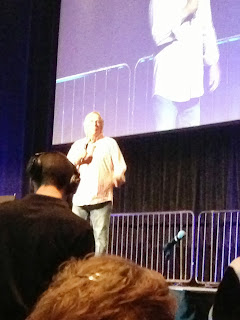 After the panel, we ventured onto the vendor floor now that there was no line to enter. Once inside, you immediately felt like a can of sardines, but we muddled through and I took Jordan down to celebrity row where we got to see William Shatner, Adam West, Burt Ward, Kevin Sorbo, Dean Cain, Claire Coffee, Clare Kramer, Manu Bennett, Nicholas Brendan, Ray Park, John de Lancie, Henry Winkler, Glenn Morshower, David Prowse, Peter Mayhew and Lou Ferrigno from afar and got told repeatedly that we couldn't take pictures (good thing I took what I could the two days before). We then walked the vendor floor and geeked out on the Doctor Who merchandise and decided we were done. So we took one last look at Dean Cain for my creeper eyes, checked to see if Stan Lee had made it to do signatures, and saw he hadn't and then left. 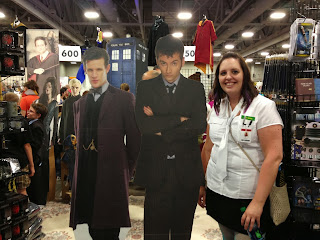 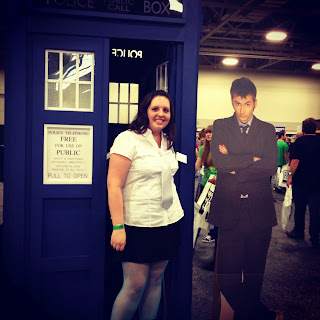 Overall it was a great experience and we got to see some awesome cosplay: 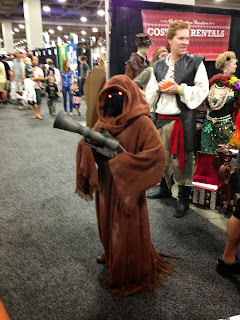 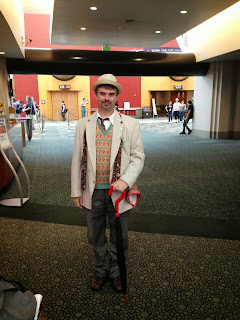 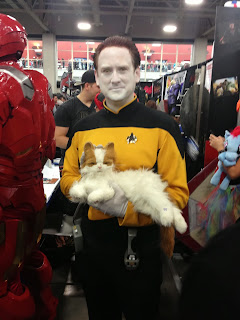 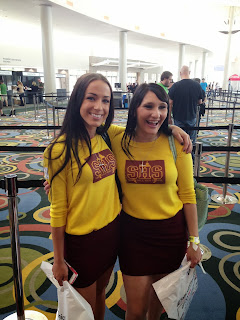 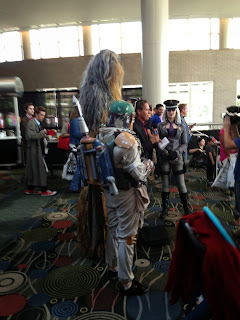 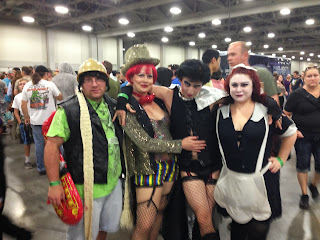 I will of course go again next year. And who knows maybe I will get to fulfill another life-long dream. Here's to next year!
Written by Chryshele at 4:42 PM