The Best and Worst of the TV Revivals

So TV revivals are a thing now, and it's kind of awesome. That being said, we do only get a limited amount of episodes, and not all of the episodes can be winners. And sometimes, the entire season ends up stinking. And maybe, just maybe, someone will do a revival properly and perfectly, and it'll be amazing.

I thought it would be fun to dive into the revivals that have occurred thus far, and the ones that are soon to come. In no particular worst or best order, here are first the ones that have aired: 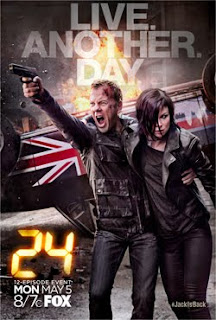 In the summer of 2014 I thought we were blessed with the revival of 24. I remember the excitement at the fact that Jack Bauer was returning to kick some ass, and I hoped it was going to be everything the last season of 24 was not. I mean it got a flashy title of "24: Live Another Day"! Well I was disappointed. I feel like it started out alright, but then just went downhill from there. A shoddy and hole ridden plot line that once again placed Muslims in the villainous role of which we've become all too familiar. Along with poor execution of maintaining what was left of the characters we'd grown to love, we were left with Chloe who was now sporting some stereotypical punk look, and living the life as a hacker. And Jack who had been in exile for years, forced to come out of hiding and then immediately hunted himself. That is until they realized he was actually needed to solve our Muslim "problem". I had such high hopes, and they were mostly shattered. And I totally get a studio taking a gamble on a revival for one, and not wanting to give it a full season order; but I did find it odd that a show named 24 (because there are 24 hours in a day), with the seasons named "Day 1", "Day 2,", and the concept of the show being that every episode was an hour in that day, that they would only give it 12 episodes, and still have the same concept of one episode equal one hour. I really would like to know what would have happened had Jack had a full day, instead of half a day. But to top it all off, Fox is now in talks of giving 24 a complete second chance in whole, and it won't include Jack Bauer. Yeah Fox, that's not the way to go. Maybe just let 24 rest.

Here's another revival that got a flashy title: "Heroes: Reborn", and yet another revival that just didn't live up to the expectations. Much like season 3 and 4 of Heroes. I will give this revival some credit in that it started out strong. And it had Zachary Levi in it (be still my heart). But that just wasn't enough to keep the momentum of what could have been a really cool revival. Instead it turned into a lackluster mesh of messiness. With lame plot lines, story lines, characters, and they turned Matt evil! Why would you do that? I was saddened to actually be glad when he met his demise. The whole idea that the world was coming to an end so it was necessary to time jump the "chosen" ones to the future to save the world was preposterous. And if you were an Evo you were just out of luck. Or that was the idea, that failed miserably, along with the entire revival. Because in order to have a future, they needed the Evos to get them there. You can't have it both ways. And as happy as I was to have HRG back, and Hiro, and a few others, it just felt as if they tried too hard in some places, and just not enough in others. Clearly NBC saw that they'd made a huge mistake too, because they promptly canceled the chance of a second season as soon as the finale aired. 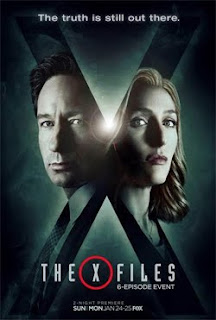 This revival was one I was super excited about. I mean it's Mulder and Scully! And for the most part the six episode revival didn't disappoint. I enjoyed all of the episodes, except one. That's not bad considering the episodes weren't one big arc, but rather separate stories intertwining here and there for the most part. I adored the werewolf episode, cried when we lost Scully's mom, forgot and then was reminded just how much I love Mulder and his deadpan monotone demeanor, and just really enjoyed the return of The X-Files. Aside from the one episode that I thoroughly hated and some will say "well that's because it was lost on you", which isn't true, I feel like they did a pretty darn good job for a show that hadn't been on the air since the early 2000's. And with the way they ended what Fox is calling a season, we are left with hope that there will be more X-Files to come. I just hope that Mulder and Scully return as well, and that this wasn't a reboot for new characters, because let's be honest, the new characters weren't that great. 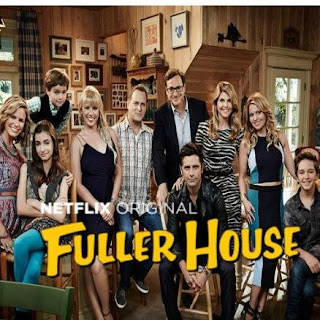 I had been looking forward to this revival since the day it was announced, I even took the day off to binge watch the season when it was released. Well needless to say that didn't go as planned, and I have only watched the first six episodes, and I'm not sure when I will finish. Long story. But I can report on the ones that I've seen and say that I am very pleased! Going in you know it's going to be full of cheese, the original show was, so why would this be anything different? You also know that it's going to be a family oriented show that you can watch with your kids. Granted there is some adult humor, but it's tame. And even through all the cheese, I found myself laughing out loud quite a bit. Watching the show was kind of surreal, this is a show I grew up with. Literally. It first aired when I was six (1987) and I watched until I was 14 (1995). I had grown up with the Tanners, and so to see them all back, was honestly surreal. I do plan to finish the season eventually, and hopefully my opinion doesn't change with the remaining episodes. And I'm quite happy that it was given a second season. From what I've watched, it deserves it. The show is not out to win awards, it's out to bring a smile to your face, and they succeeded.


And now onto the ones that will air very soon: 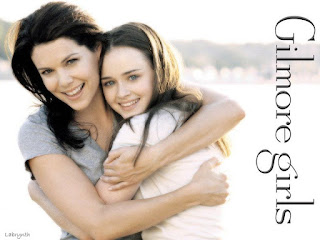 I could not be more excited for this revival. We've been needing to know things! And I hope they bring the answers. It will be bittersweet though as Edward Herrmann aka Richard Gilmore did pass away, and he will be greatly missed. I hope they give him a nice homage. And then we won't have Sookie there either. And I feel this is a big missed opportunity for Melissa McCarthy. Sure she's doing movies now, but even a little cameo would have been nice. Who knows, maybe it'll still happen? And as for the burning questions! Will Lorelei be with Luke? To be honest I was always partial to Christopher. I heard Rory will be single, so what are all the boys in her life doing back?? Will there be a "This is your Life" theme somewhere in an episode? I can't wait to see Miss Patty's and Doose's Market and Kirk! And Jess...mmm... Oh how I've missed Stars Hollow, and I feel quite strongly that this revival won't let me down. Please don't let me down! 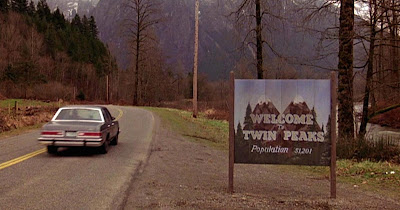 Ok so this is a show that you either love or you hate. I haven't found an in between. And I'm one who loved it, regardless of the fact that the majority of the time I had no clue what was happening. Seriously, this show was so far out there for its time, and even for now. Ninety percent of the show makes zero sense, yet it was still gripping and intriguing enough to keep my attention and realize that it's a masterpiece in its own right. Now with this being said, I haven't actually finished the series. I know, I know, but I feel that I've watched what I need to in order to enjoy the revival, but I also plan to eventually finish the series. Again long story. I at least finished season one which from everything I hear is the most important, and I'm about a third of the way through season two. I'll be honest, I see why it got canceled, season two just isn't as great even if it does have David Duchovny in drag. Either way though, I'm still looking forward to the revival I believe is due out next year, and I expect it to be crazy, nonsensical, and just plain amazing. And hopefully include David Duchovny, if his character is still alive...I guess I'd better finish the series to find out. 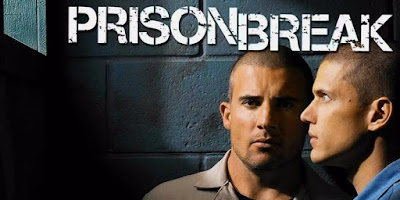 I don't really have much to say on this revival, as I didn't watch the show originally. But what I can say is that I know a lot of fans that are pretty excited about it. And I feel like we've already kind of had a small Prison Break revival in the way of The Flash and Legends of Tomorrow if you know what I mean. Either way I know people are looking forward to this one, and I hope that it is everything they want and hope for.


If I have missed any other revivals that have happened or are going to happen please let me know! I'd hate to neglect a show...
Written by Chryshele at 3:28 PM